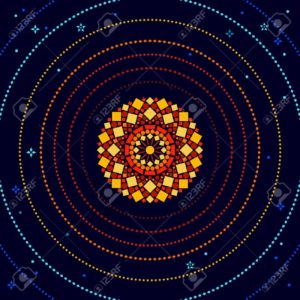 Answer to a question:

There are various definitions of the word dimension. Depending on which we want to talk about, the meaning changes a lot.

For example in Caitanya Caritamrita Adi-lila 2.53 Srila Prabhupada describes three entities, which are virat (material energy), hiranyagarbha (the origin of souls) and karana (causal nature) and he calls the fourth “turiya”, or the spiritual world, the fourth dimension.
We therefore we see here that Srila Prabhupada is not speaking of dimension as something physical, that is, that describes creation, but is giving a definition of a philosophical concept. Since the material universe is based on three dimensions of measurement, the fourth (turiya) must be the spiritual world.

Now let’s see the physical definition of the word dimension.

A dimension is an aspect of reality, which can be multidimensional. This word is also used to describe the possible measurements of everything existing.

Someone calls the three measures “dimensions”, which are length, height and depth, the three coordinates of a diagram called x, y and z.
Einstein has hypothesized the presence of a fourth physical measure (which in order not to go against our definition we will not call dimension) which is space. Thus the coordinates would become x, y, z, t. In the case that the theory of relativity was right, time would be a physical element because it could be manipulated and therefore the material universe would have a fourth measure (or fourth dimension).
If not, then it cannot be and our reality would have only three physical coordinates, length, height and depth and time a dimensional feature and not a measure.

Srila Prabhupada rejects the idea that there is only the dimension in which we live and that we can perceive.

Here Srila Prabhupada is clear. He is saying that creation, both spiritual and material, is multidimensional.

In fact this universe was created on a multi-dimensional basis and this explains why Sukadeva Gosvami in the Fifth Canto of the Srimad-Bhagavatam describes a universe that we do not see, which is not even conceivable, beyond our comprehension and which confuses anyone who tries harmonizing Sukadeva Gosvami’s claims with human observation.
Sukadeva Gosvami speaks of “mandala”, of plans, and not of planets. But we see planets, spheres that float in space. The reason is that we are unable to access the dimension that Sukadeva Gosvami saw. He was describing our own universe but in another dimension.
And so we see the Moon near to us (and it is near, while in the other dimension it is further away), we see nothing in other planets like Mars, Venus or Jupiter (while he saw inhabitants, cities, forests, rivers, oceans) and so on. Going to the moon or to Mars is of no use because the alternative reality, present in a different dimension, remains hidden to our senses.

But it is not a theme that we can complete in a short article. We will come back talking about it in the future.

Since I recognize that it is a somewhat difficult subject, anyone who needs clarification can ask me.