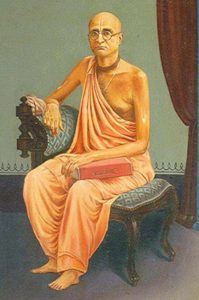 I would like to know if a pure devotee of Srila Prabhupada’s level experiences the conditions of suffering and happiness that the body receives in this world.
Someone is telling me that no, that he does not suffer cold pain etc and if they say it’s a lila.
I think that the moment a pure devotee enters into a body in this world, he will also experience conditions of cold heat, pain, hunger, etc. like the others, but their conscience being connected to the spiritual world they will carry all that with detachment and no identification.

But you can still feel through the senses of your body the sensorial results, like cold or heat.

As I have been told that this idea is speculation, I want to know your opinion and possibly with some proof of the scriptures or the same words of Srila Prabhupada

As there are some variables, various answers would be possible. However the following is the general principle.

A pure devotee who is living in a body made of matter perceives and feels the sensorial experiences (heat, cold etc.). He also may show preferences, something that he likes or dislikes, he may get angry or pleased etcetera.
But he’s not disturbed. He is equipoised and continue with his service no matter what.
This is the difference between a pure devotee and a non-pure devotee.
Unfavorable (or favorable) conditions disturbs the non-pure devotee while the pure devotee remains the same.

There are many evidences at this effect while there are no evidences of the contrary. Nowhere it is said that a pure devotee can break a leg and feels nothing or can’t get angry or pleased.

Srila Prabhupada Lecture, Los Angeles, December 16, 1968. Question time.
“Devotee: My third question is when you had that heart attack, did you feel the pain?
Prabhupāda: Yes.
Devotee: You felt the pain?
Prabhupāda: Yes. Why shall I not?
Devotee: Well, because you’re a pure devotee. I mean you’re pure, so you don’t feel pain.
Prabhupāda: Huh?
Devotee: I thought you said in Bhagavad-gītā a pure devotee wouldn’t feel pain because he’s always chanting and Kṛṣṇa will always protect him.
Prabhupāda: Yes. Pain was there, but it was not too much. The boys, the disciples, were chanting and I was chanting, so there was not so much. It was not so much painful. That is already explained. When there is distress, the devotee takes it that “I am suffering for my past deeds, but I should have died at this moment, but Kṛṣṇa is simply giving me a little pain, that’s all.” Actually, that was the thing. That day I should have… The heart attack was very severe. I should have died. Nobody survives such heart attack. But Kṛṣṇa saved me. That’s all.”
Srila Prabhupada here is saying two things:
First, he felt the pain but wasn’t disturbed.
Second that it came from Krishna and it’s not a result of his karma, because the pure devotee has no karma to pay. He repeats the point in a letter to Satsvarupa on april 8, 1968.

Srimad-Bhagavatam, 10.14.8:
“My dear Lord, one who earnestly waits for You to bestow Your causeless mercy upon him, all the while patiently suffering the reactions of his past misdeeds and offering You respectful obeisances with his heart, words and body, is surely eligible for liberation, for it has become his rightful claim.”
Srila Prabhupada says in the purport:
“He thinks it is both karma and Krsna’s mercy. He should tolerate all his sufferings, thinking, ‘Krsna has given me these sufferings for me to learn tolerance. One who is always offering obeisances to Krsna, by body, mind, and words, is happy and becomes an inheritor of bhakti.”
An advanced devotee should think like a pure devotee and Srila Prabhupada told us how a pure devotee thinks.

In the Bhagavad-gita the pure devotee is called sama-duhkha-sukha, which means equipoised in happiness or distress. Not that he doesn’t perceive distressful situations but that remains equipoised.
Srila Prabhupada explains this point very nicely in the purport.
“Coming again to the point of pure devotional service, the Lord is describing the transcendental qualifications of a pure devotee in these two verses. A pure devotee is never disturbed in any circumstances.”

In the Srimad-Bhagavatam (10.14.8) it is stated:
tat te ‘nukampam su-samikshamano
bhunjana evatma-kritam vipakam.
Whenever a devotee is in distress or has fallen into difficulty, he thinks that it is the Lord’s mercy upon him. He thinks, “Thanks to my past misdeeds I should suffer far, far greater than I am suffering now. So it is by the mercy of the Supreme Lord that I am not getting all the punishment I am due. I am just getting a little, by the mercy of the Supreme Personality of Godhead.”
Therefore he is always calm, quiet and patient, despite many distressful conditions. A devotee is also always kind to everyone, even to his enemy. Nirmama means that a devotee does not attach much importance to the pains and trouble pertaining to the body because he knows perfectly well that he is not the material body. He does not identify with the body; therefore he is freed from the conception of false ego and is equipoised in happiness and distress.”

Again, the same point is rehiterated: not that he doesn’t perceive external troubles but “does not attach much importance” to them.

More, in Bhagavad-gita 2.14:
matra-sparas tu kaunteya
śītoṣṇa-sukha-duḥkha-dāḥ
āgamāpāyino ‘nityās
tāḿs titikṣasva bhārata
“The nonpermanent appearance of happiness and distress, and their disappearance in due course, are like the appearance and disappearance of winter and summer seasons. They arise from sense perception, O scion of Bharata, and one must learn to tolerate them without being disturbed.”

We find in the Maha-bharata the extreme example of Animandavya Muni and I could go on and on.

Can all of this be called a lila? It could be, but depends what we mean by the word lila. It seems more an opportunity to teach something rather that a play.
When Srila Prabhupada got angry (and he did in quite a several occasion) he wasn’t having fun trying to correct our nonsense. He was teaching us something.
When Animandavya angrily cursed Yamaraja for being impaled because of a minor offense, wasn’t having fun at all, he wanted to teach something.

To conclude, a material body means misery.
A-brahma-bhuvanal lokah (Bhagavad-gita 8.16).
There is no way to avoid it.

We have now a choise: either spend a human life identifying ourselves with the body and be miserable the whole of our life, or become a pure devotee and be able to neglect whatever happens to us and at the proper time be transferred to the spiritual sky where there are no miseries at all.