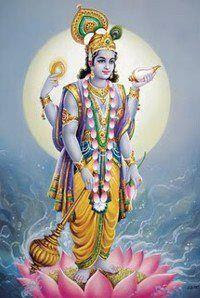 … there is a story in the Brahma-vaivarta Purana that in the city of Pratisthanapura in South India there was once a brahmana who was not very well-to-do, but who was nevertheless satisfied in himself, thinking that it was because of his past misdeeds and by the desire of Krsna that he did not get sufficient money and opulence. So he was not at all sorry for his poor material position, and he used to live very peacefully. He was very openhearted, and sometimes he went to hear some lectures delivered by great realized souls. At one such meeting, while he was very faithfully hearing about Vaisnava activities, he was informed that these activities can be performed even by meditation. In other words, if a person is unable to actually perform Vaisnava activities physically, he can meditate upon the Vaisnava activities and thereby acquire all of the same results. Because the brahmana was not very well-to-do financially, he decided that he would simply meditate on grand, royal devotional activities, and he began this business thus:

Sometimes he would take his bath in the River Godavari. After taking his bath he would sit in a secluded place on the bank of the river, and by practicing the yoga exercises of pranayama, the usual breathing exercises, he would concentrate his mind. These breathing exercises are meant to mechanically fix the mind upon a particular subject. That is the result of the breathing exercises and also of the different sitting postures of yoga. Formerly, even quite ordinary persons used to know how to fix the mind upon the remembrance of the Lord, and so the brahmana was doing this. When he had fixed the form of the Lord in his mind, he began to imagine in his meditations that he was dressing the Lord very nicely in costly clothing, with ornaments, helmets and other paraphernalia. Then he offered his respectful obeisances by bowing down before the Lord. After finishing the dressing, he began to imagine that he was cleaning the temple very nicely. After cleansing the temple, he imagined that he had many water jugs made of gold and silver, and he took all those jugs to the river and filled them with the holy water. Not only did he collect water from the Godavari, but he collected from the Ganges, Yamuna, Narmada and Kaveri. Generally a Vaisnava, while worshiping the Lord, collects water from all these rivers by mantra chanting. This brahmana, instead of chanting some mantra, imagined that he was physically securing water from all these rivers in golden and silver waterpots. Then he collected all kinds of paraphernalia for worship — flowers, fruits, incense and sandalwood pulp. He collected everything to place before the Deity. All these waters, flowers and scented articles were then very nicely offered to the Deities to Their satisfaction. Then he offered arati, and with the regulative principles he finished all these activities in the correct worshiping method.

He would daily execute similar performances as his routine work, and he continued to do so for many, many years. Then one day the brahmana imagined in his meditations that he had prepared some sweet rice with milk and sugar and offered the preparation to the Deity. However, he was not very satisfied with the offering because the sweet rice had been prepared recently and it was still very hot. (This preparation, sweet rice, should not be taken hot. The cooler the sweet rice, the better its taste.) So because the sweet rice had been prepared by the brahmana very recently, he wanted to touch it so that he could know whether it was fit for eating by the Lord. As soon as he touched the sweet rice pot with his finger, he immediately was burnt by the heat of the pot. In this way, his meditation broke. Now, when he looked at his finger, he saw that it was burnt, and he was wondering in astonishment how this could have happened. Because he was simply meditating on touching the hot sweet rice, he never thought that his finger would actually become burnt.

While he was thinking like this, in Vaikuntha Lord Narayana, seated with the goddess of fortune, Laksmi, began to smile humorously. On seeing this smiling of the Lord, all the goddesses of fortune attending the Lord became very curious and asked Lord Narayana why He was smiling. The Lord, however, did not reply to their inquisitiveness, but instead immediately sent for the brahmana. An airplane sent from Vaikuntha immediately brought the brahmana into Lord Narayana’s presence.

This shows how the Lord is all-pervading, in spite of His being locally situated in His abode. Although the Lord was present in Vaikuntha, He was present also in the heart of the brahmana when he was meditating on the worshiping process. Thus, we can understand that things offered by the devotees even in meditation are accepted by the Lord, and they help one achieve the desired result.