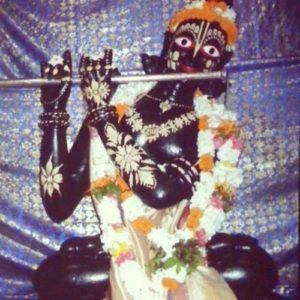 Hare Krishna Maharaja Obeisances AgtSP.
The other day a devotee commented that the situation cow of the Slaughters is very sad but that it is only “karma”. The person who kills the cow now will be cow and will be killed. Although I have previously heard that when one kills an animal one can be killed by that animal in the next life, I have my reservation about cows. Could you delve into this topic? Thanks ys paramesvari dd

This idea taken to the extreme would sound this way:

I can kill a person, what’s the problem? It’s his karma to be killed by me, I’d do nothing wrong. And actually, since it was just his karma, I am not really responsible for that. What is the fault of an instrument?

If you go in front of a judge he will laugh and condemn you as any other killer. There was an italian magistrate who was a devotee and was kicked outfrom his job because he was acquiting people “because it was the karma of the other”.
Misunderstood philosophies can do bad.

The same with the natural judges and judgement, given by the demigods in charge of justice, beginning with Yamaraja and his right-hand man Citragupta.

It works this way (putting it simple):
If in a past life you have killed me, you’ll be killed in your next life. But it is not compulsory that I’ll be the one to kill you. As a matter of fact I (the victim) preserve my limited free choice and my consciousness may have developed in a way that I can refuse to kill you, also because if I do I’ll have to pay for what I do. Vengeance is not free of charge.

There is a price to pay for any material activity, even the most righteous things. The Maha-bharata, Svarga Parva, tells a lot about this. But it’s a long thing to explain in detail here now.

The point is, no matter how noble is what you do in this material world there are reactions to pay. The only akarma is a spiritual action.

At the end of the day you’ll have to receive the reaction of your past action from someone else.