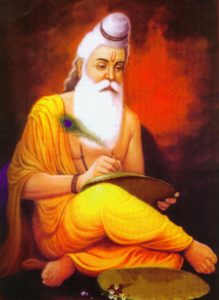 Hare Krishna Devot @ s !! Accept my respectful obeisances! All glories to Srila Prabhupada !! Accept my most repeated obeisances, Manonatha Mahārāja!!
I wanted to greet you and ask a small question … how to transcend in this material world ?; especially the doubt! For this Krishna speaks to us about the weapon of knowledge … but since doubt is something subtle and internal, how should I obtain inner knowledge without speculation? And how, once understood, realize it in my action!?

In relation to the verses of Chapter 4 Transcendental Knowledge of the Bhagavad Gita, texts 40, 41 and 42. Thank you so much. That the mercy of Sri Krishna bless us all! Haribol! 😁✨🙏🏼

The verb “to transcend” comes from the adjective “transcendent” which means “crossing something to go higher” (from the latin words “trans” and “ascendere”).

Now, if we want to transcend we need an inferior reality and another one we prefer.

Therefore the definition of “inferior” of the apara-prakriti is correct.

In the history of the world we had so many people, yogis and saints, wanting to transcend the world they are born in and go to the superior reality. Why?
Because they are made of that superior reality.
Have you ever heard of a fish wanting to be a bird or a bird wanting to be a fish? No, because the first is “made of water” and the second is “made of air”.
We want to leave the material world to go to the spiritual world because we are not made of matter but made of spirit.

We are the soul and since its most evident quality is life, is often called jiva, the living (from the sanskrit root jiv, to live).

Just like an iron bar “transcend” its cold nature by being put in a blazing fire, in the same way we can transcend this world by remaining in constant contact with a source of spiritual energy.
But just like if you put in and out the iron bar it will never become hot, in the same way if we constantly step in and out of Krishna consciouness we’ll never purify ourselves.
And what is this source of spiritual energy? We all know by now: chanting Hare Krishna, studying the scriptures and so on and so forth.

Knowledge is acquired by study and practice of the theory (jnana) and by realized knowledge (vijnana).
By the word “speculation” we mean some human idea not corroborated by bona fide authorities, who are Guru (the spiritual master), Sastra (holy scriptures) and Sadhu (saints).
If we like imperfections, the we should continue to speculate. If we want perfection we should study perfect words. It’s our free choice.

Once one have perfect knowledge it will obviouly act accordingly.

The word samsaya (translated as “doubts”) needs some serious explanation for a correct understanding, without which one may misunderstand that a devotee should not have doubts. All questions comes from doubts, it’s an integral part of our discipline. So samsaya means something else and we can talk about that some other time.