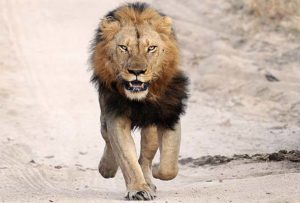 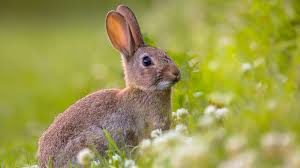 There is a story that a lion was killed by a rabbit. Sasakena nipatitah. Why? Buddhir yasya balam tasya: “One who has got intelligence, he has got power.”
A Lion is very mighty, ferocious animal, and a sasaka, an ordinary rabbit, he killed the lion.
How?
The lion was disturbing all the animals, so all the animals held a meeting and called the lion:
“Sir, you do not try to kill us all, hunting after everyone. We shall go voluntarily every day, one of us. So you don’t create disturbance. Let us become peaceful.”

So lion agreed,
“All right, if you voluntarily come, I will sleep, and if you enter in my mouth” So this was the agreement.

Then it was the turn for one rabbit. So he planned something. He went to the lion a little late. So lion was very angry that,
“Why you have come late? I am very hungry, and you did not come!” (laughter)

So the rabbit said, “Sir, there was a danger on the way.”
“What was that?” “There is another lion, and he wanted to kill me and eat, so I protested,
“No sir, you cannot kill me. (laughter) I am destined to be killed by such and such lion, so you cannot do it.”

So the lion was very much pleased:
“Where is that lion!?”
“Please come. I will show you.” So the rabbit took the lion near one well. The rabbit said,
“He is living within this.” (laughter)

The lion immediately
“Come on! Make a ROOAARR!”
So there was vibration, (echo) still higher sound, and he looked down and saw his photo, yes, shadow (reflection). So he thought it,
“Yes, there is lion!”
He immediately jumped over him. (devotees laugh)

Finished! So how the lion was killed by the rabbit? Buddhir yasya balam tasya:
“One who has got intelligence, he has got power.”
The foolish, everywhere you will find.