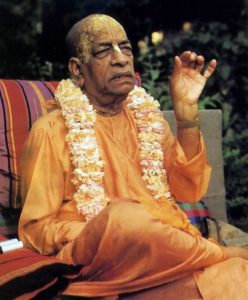 Srila Bhaktisiddhanta Saraswati Thakur Prabhupada
No one should criticize or glorify others’ natures or activities. Śrīmad Bhāgavatam confirms this instruction. The Caitanya-bhāgavata states, para carcakera gati nāhi kona kale: a critic never attains benefit. Critics go to hell. Instead of criticizing others, one should rectify himself.

Could you explain why not glorify?
As I had read, it is important to glorify Vaisnavas. Thank you.

A Guru who tells a disciple “you were wrong” is not a criticism. It is called teaching.
A Guru who tells publicly about a disciple doing some mistake is not a criticism. It is using one example so that others may not do the same mistake.
A devotee who discusses in private with another devotee in a respectful way about some mistake is not a criticism. It’s trying to help the other or trying to understand better what happened for himself.
A devotee who publicly discusses the mistake of someone else in a way that is not beneficial to anyone, words born of envy and having the goal to appear himself better that the other, and that the final result is to bitter anyone’s mind (including his own), is criticism and must be avoided at all costs. It may be a disaster to his spiritual life.

A glorification that is real and to the right person is always welcome. Our culture is full of glorifications.
In other words if you say to a pure devotee, a spiritual master or a proven very advanced devotee that “this happened by your mercy” or “obeisances to your lotus feet”, this is very much welcome.

However glorification that is unreal and only based on temporary emotivity, and that will soon turn into the opposite, should be avoided.
If you say to someone that he “has lotus feet” (meaning he is a pure devotee) you must make sure that he is actually at that stage. Because if he is not, then you are damaging your spiritual life, the spiritual life of everyone else, who you brought to believe something false, and even the spiritual life of the devotee you glorified.

You may remember the article I wrote some time ago, if the Gurvastakam should be intended for all Gurus or only for Srila Prabhupada. One of my points was that if a Guru accepts that his disciples meditate on him during Gurvastakam, he is implicitly saying that he “is relishing the mellows of pure devotion within his mind, sometimes his hair stands on end, he feels quivering in his body, and tears flow from his eyes like waves”, or “he is expert in assisting the gopis, who at different times make different tasteful arrangements for the perfection of Radha and Krsna’s conjugal loving affairs within the groves of Vrndavana.”
If he is not, better they meditates on him during songs like Guru Pranama Mantra, Guru Vandana or others.

Therefore we have to be sober in our thoughts, words and deeds and learn how to do the right thing in the right way.