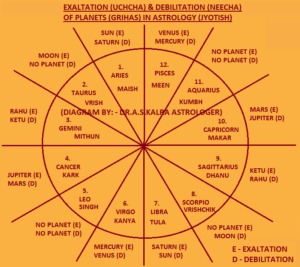 In the Chandogya Upanisad Narada Muni gives Sanat Kumara a list of Vedic sciences, and astrology is one of them. It’s name is Naksatra Vidya and it refers to both astrology and astronomy. No one can be an astrologer if he is not an expert astronomer.

Astrology is also one of the six Vedangas and it’s called Jyotisa. Sages add mathematics to the science. A good astrologer must therefore know astronomy and mathematics.

Astrology is the science that tells about our past karma, the right moment to do something and things like that due to planetary influences.
The most known amongst Jyotisha books is the Brihat Hora Sastra by sage Parasara, the father of Srila Vyasadeva.

Of course I can’t explain a science in a few lines.

This short introduction is just to say that, yes, we do believe in astrology because is a bonafide vedic science. But must be operated by the expert knowledgeable people.
Unfortunately most of western so called astrologer are just out to make some money and know nothing about the real Jyotisha. Their charts are useless.

Is it useful to talk to a bonafide astrologer? Yes, but not for pure devotees or for those who want pure devotion. They know that everything is under the control of Krishna and for this reason do not care much about their past karma or about what could be good or bad.

I attach below three of the many quotes from Srila Prabhupada about astrology.

“Regarding astrology, you should not listen to any of these so-called astrologers—strictly avoid. Don’t even see them. What is the use of seeing them? Astrology is meant for the materialist, but a spiritualist does not care for the future. Everything is dependent upon Krishna. So where is the necessity of astrology? The devotees’ principle is, let there happen anything as Krishna desires. Let me remain sincere devotee, that’s all. Pure devotee is never interested in this astrology.”

And:
Prabhupāda: Don’t waste money for this astrology.

Tamāla Kṛṣṇa: Hmm. Yeah. In London when we were going to get the astrologer to do, when I heard it was expensive, then we cancelled. How much money he is asking here?

Hari-śauri: He didn’t say a price. He said it would take two days or three days to do Prabhupāda’s…, to do a detailed chart.

Prabhupāda: It is useless. Better arrange as many hours as possible to chant kīrtana. That is…

Sujit: See, astrology, I think, what he said is half true. Astrology is a science, but it is not an exact science like mathematics and chemistry.

Svarūpa Dāmodara: To calculate the planetary…

Sujit: It is from astronomy.

Prabhupāda: Astronomy, yes. Astrology is the part of astronomy. Yes.

Prabhupāda: No, it is…

Sujit: They are proving a lot of things. They are calculating when a certain star can be in certain positions.

Svarūpa Dāmodara: No, that can be done.

Prabhupāda: So our astrology is calculated by the position of the stars.

Sujit: That’s true, but as far as…

Prabhupāda: By astronomy you calculate the position of the star, and they know, “If the star is in such-and-such position, the result will be like this.” That is astrology.

Svarūpa Dāmodara: This looks like collecting some facts from some experience.

Prabhupāda: No, no. It is calculated by the astral movement. It is a great science. People do not know it now.

Svarūpa Dāmodara: So Wolfe Prabhu was telling me that “So we don’t believe in astrology, but when Śrīla Prabhupāda says, then you believe.” So…

Prabhupāda: No. We believe in astrology. But because it is a difficult science, people do not understand it properly. That is another thing. In my practical life I see. In my horoscope, everything is written, what I am doing. Everything written. So…

Svarūpa Dāmodara: That would be called like genius. Sometimes. If somebody can predict what is going to happen in the future, can be, just like, taken…

Prabhupāda: No, these astrologers can give everyone exact, the history of life, what is going to happen, what happened.

Svarūpa Dāmodara: But it is true, though, Śrīla Prabhupāda, in our family life, when we want to do something, they always go to an astrologer.

Prabhupāda: Astrologer. Yes. That is… [end]