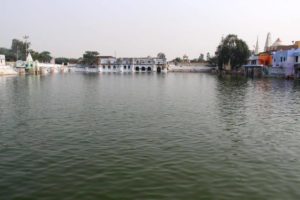 There is a story related in the Puranas regarding the appearance of Vimala-kunda.
Once during caturmasya, all the sacred tirthas visited Kamyavana to pay their homage to Krishna, but the sacred lake Pushkara Tirtharaja failed to come.
Therefore, in order to compensate for Pushkara Tirtha’s failure to appear, Krishna caused a very powerful jet of water to come shooting out of the ground which eventually created a large kunda.
Within that flow of water, a very beautiful young girl appeared and began to serve Krishna in different ways.
In no time a lake formed and after sporting and enjoying various pastimes in the lake with the beautiful young girl, Krishna blessed her saying that from this day onwards, she would be known as Vimala Devi and this sacred kunda would be named after her, and by bathing only once in this kunda, it would be equal to bathing seven times in the sacred lake of Pushkara.
The Puranas say that the goddess Vimala Devi eternally resides here in this holy kunda.

Second story
There is another famous story related in the Bhavisya Purana as well as the Garga Samhita concerning Vimala-kunda.

It is said during the advent of Lord Krishna, there was a noble and pious king from the city of Campak Nagari in Sindhu-desa named Raja Vimala, who although he had many wives, he had no children.
On petitioning the great ascetic Yajnavalkya Rishi, the king was blessed with sixteen thousand beautiful daughters.
It is said that all these girls had in their previous life been living in Ayodhya and had desired Lord Ramacandra as their husband.
When the time came to select husbands for his daughters, the king was advised by Yajnavalkya to approach Shri Krishna, who was the only person who was actually qualified to accept such highly cultured and beautiful princesses.
Lord Krishna immediately accepted the king’s proposal and brought all the princesses from Campak Nagari to the beautiful forest of Kamyavana.
It is said that Krishna expanded Himself to be with each and every princess and enjoyed endless pastimes in Kamyavana forest, including the celebrated rasa-lila.
The long-cherished desire of the beautiful princesses, to serve Lord Rama in a conjugal relationship was thus fulfilled by Lord Krishna in Kamyavana forest.
The tears of happiness that flooded from the eyes of those beautiful princesses is said to have created a large kunda that became celebrated as Vimala-kunda.

It is said that anyone who is fortunate enough to bathe in the tear-filled Vimala-kunda, will certainly have all their desires fulfilled. 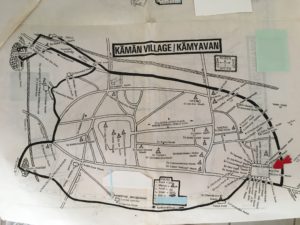 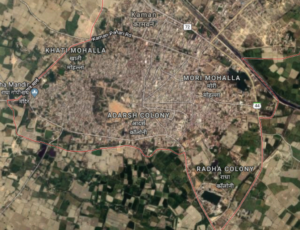 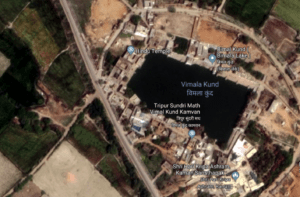