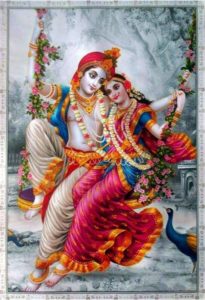 Maharaja sorry but I was not clear. Finally. What is the conclusion?
Is it good that they charge or not?
Because all bhaktivedanta schools have tuition fees. Same Bhakti sastri and pada padma of vrindavan. Then should they not set quotas?

Dear Mataji,
I’d like that things were always so simple that could be explained with a yes or with a no.

To put it simple:
I receive positive feedbacks from those who participated to several of those courses, so my advice is, yes, go study in those courses even if there is some fee to pay.

At the same time it’s important to know a few concepts.

First of all, the principle is that Brahmanas should not ask for payment for their teachings. This I already said.

But why sometimes even very sincere and renounced devotees have to do that?
Because even Brahmanas need the means to survive. They have to go to the store to buy their food like anyone else, and they cannot say to the cashier, “look, I am a Brahmana, I am not supposed to pay.”
They will have to have money like everyone else.

During Vedic times, and even recently in India, there was the culture to give donations to Brahmanas. But unfortunately this culture in the West is basically absent.

During Srila Prabhupada times and some time after we had so many brahmacaris all over the world distribuiting books and making much money. Our temples were rich.
Now all this is gone. The new generation of devotees has not this type of sense of sacrifice.

We have said that the principle is that we should not put a price for the prasadam, and this is true.
But again, when the devotees go to the store to buy food for the Sunday feast they have to pay for it. And during the feast very few give donations, and not enough. One of my disciples just told me that it was the third Sunday in a row that he had to pay for the entire Sunday feast because nobody was giving anything.

So my question is, what’s the problem with giving a few dollars or pesos in donation? Even the poorest of person can give something. If you would have eaten at your home, wouldn’t you had to pay for your food?
The poor can give 1 dollar. The richer can give more.
It is unfortunate that this culture of donating is not present enough.

Another example: there are preachers who have been giving thousand of conferences, and writing of articles and answering questions to so many people for decades and never receive any donation from anyone.
It makes one wonder how devotees and people in general think these preachers are supposed to survive. Give him 1 dollar. If 10 people comes to the conference, he gets 10 dollars. So he can buy some fruits and vegetables for his Deities, offer Them bhoga that becomes prasadam, can feed himself and prepare for the next conference that will give spiritual knowledge, the main need of society.

This is why Brahmanas ask for money for the courses.
They have no choice.
If the devotees were more Krishna conscious there would be no need for this unpleasant thing of putting fees.

However one should make sure that those who give the courses are good devotees.
We don’t want to hear from professional teachers. Not from people who teach to make money but from people who teach because they want to give knowledge and asking for fees is only a side necessity.
There is a big difference between the two cases. 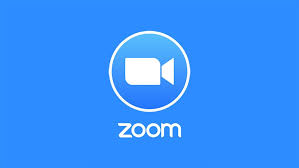