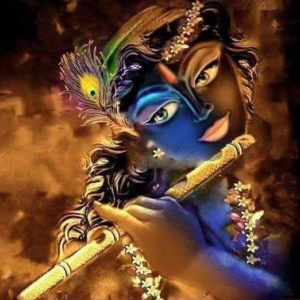 Hare Krishna, Manonatha Maharaja. Please accept the obeisances of your humble servant. All of the glory is for Srila Prabhupada. I would like to ask you what would be the best approach to current events in Puerto Rico, according to the Vaisnava philosophy. How involved should we, as devotees and aspiring devotees, be in fighting for social justice? Should we, the Hare Krishnas, be present as a group at the protests? Your devoted servant, B. Divya 🌹🙏

The introductory question would be: is the vedic and vaisnava culture interested into politic or this philosophy is only for those who want to leaves this world and do not care about what happens in this one?

The answer is, yes, vedic and vaisnava culture gives importance to politic as a science.

Narada Muni calls it Ekayatana. In the list of Upaveda, politics is called Artha Veda and it’s the science of sociology, economics and politics.

What’s the definition of politic?

Politic is the science of governing and organizing a group of people who have similar interests. Not everyone is a saintly soul with no interest in this world. As long as one wants to be in this material world, he need a politic, or an ideal of how he wants his life to be organized and governed.

The Bhagavad-gita, which is a part of the Maha-bharata, is based on politic, or two different views on how a society should be run. Yudhisthira thought that should be based on spirituality and truth, Duryodhana on materialism and falsity. Two conflicting and incompatible political perspectives.

The way we run our temples, preaching centers, groups and even families, is politic.

So why we do not participate to a political protest like there is one now in Puerto Rico? Because it would be like to take Duryodhana’s side.

When you’ll read the whole of the Maha-bharata, you’ll see that there are a lot of things we would agree with Duryodhana’s philosophy and behaviour. He wasn’t a bad king at all, but if you go deeper you find that we would and should disagree with him and take the Pandava’s side.

Do we want to take the side of a corrupt and inept political party of people voting in the office someone without knowing who are electing?

We could do that but then we’ll become liable in accepting the whole package. You can’t say, “I agree only with this little bit”. You could say it, but it is not how it works from all point of views, including from the karmic perspective.

If it was Yudhisthira or Pariksit going down to the streets to protest we should run and participate whole-heartedly, but who are the people who would be at your side on the streets? We do not want to be pictured as companions of meat eaters, smokers, alcool drinkers, sex hunters, like people going to the stadium to cheer 22 men in their underwear kicking a ball.

We think that a society of better people will not have so much to complain about.

We want and have the duty to make the point that a society is corrupt because the citizens are corrupt.

Society is just a reflection of its citizen. There is no a “mister society” we could go to and force him to improve. When you go to the street to protest, you are protesting against yourselves. People elected the governing personlities, and did it without any wisdom, only on the base that they thought they would give more and better sense enjoyment. They did not elect a wise man, they knew he was a common man with common frailties.

If they put a hand in the fire and get burned, the fault is not of the fire, it’s theirs.

Once we have a group of Brahmanas fully trained then we can start building a society on the base of Vedic wisdom.

Everything else, we are like the fans who just want to taste the emotion of being yelling in the street and insulting someone that is a reflection of ourselves.