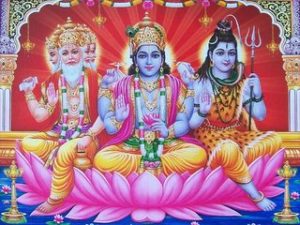 Question
Haré krishna maharaj
Mis obeisances
Can you explain saktyavesa avatar
Can Lord Brahma and siva be in this category?

Answer
The word avesa means “entering into”. When a particular divine energy (sakti) enter into a living entity for a specific task, he comes to be called Sakti-avesa-avatara, that for grammatical reason becomes Saktyavesa-avatara.

We find information about the saktyavesa-avatara in Teachings of Lord Caitanya (Chapter 6).

Therefore we have these two types of saktyavesa-avatara.

Concerning Lord Siva, He is a guna-avatara, representing tamo-guna, the quality of darkness. He is not a jiva but a particular expansion of Narayana for dealing with the material creation.