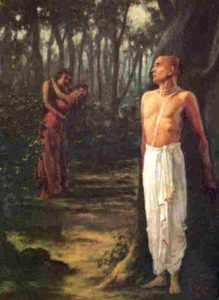 Answer to a question

There is some misunderstanding on the use that Srila Prabhupada does of the word “prostitute” and the concepts deriving from it.

Our common understanding of the word prostitute is a woman offering sex in exchange of money.
However when Srila Prabhupada uses that word most of the time doesn’t not mean a “woman payed for sex” but either someone with a low level of modesty or from a low class.

Sometimes Srila Prabhupada translates the word vrisali as “prostitute”. But a brahmana who marries a woman of the sudra-varna is called vrisali-pati or if a brahmana keeps a maintained lover is also refered to as vrisali-pati. Some other time he calls courtesans with that term although it is clear that not necessarily all courtesans are paid for sex.
None of them are prostitutes in the common sense of the word.

Also in the Vedic tradition all women are married and since in the world there are more women than men polygamy was accepted.
Those ladies who choose not to get married were understood to be “public women”, meaning going with whoever they wanted, for money or not. These ladies had an important role in society, as they satisfied the desires of lusty men so they wouldn’t go around ruining families.

A materialistic woman (just like men) does not attach much value to modesty. Her main goal is to enjoy life at the utmost. Therefore uses her body and mind to derive pleasure.

On the contrary a Vaisnavi gives value to modesty. She knows that there will be no real pleasure with the use of her body. And even more importantly knows that men are particularly attracted to sex but also that sex is one of the greatest enemy of mental peace and spiritual advancement. In other words, a Vaisnavi knows that the beauty of her body can harm a man, and for this reason she presents herself in public in such a way not to agitate the mind of a man.

A Vaisnavi should be chaste in the way she dresses, speaks and behaves, and so she becomes the hero of a spiritual society. Many people may obtain liberation from this material world also by this help of decent women.

Therefore Srila Prabhupada didn’t mean that those women who are forced to leave an abusive husband becomes prostitutes.
Of course going away should be the most extreme choice one should take and in extreme circumstances. One should try to avoid it in any way possible.
But if the situation becomes unbereable, if she continues to behave like a respectable lady she is never a prostitute.