During rasa-lila, Srimati Radhika saw that, “Krsna is dancing with Me, but at the same time He is dancing with all the other gopis.
He tells lies like, ‘I have given You My heart. You are My most beloved.’
But now He is treating Me just like the others.”

She entered a sulky mood, a very angry mood, and at once began to weep.

She left the rasa-mandala (the circle of the rasa dance) in Seva-kunja, crossed the Yamuna, and finally came to this lonely forest to hide Herself here.

When He finally found Her He saw that She was weeping, and that a large pond was created from Her tears.

Thus, this place is called Mana Sarovara, the sarovara (pond) made from the mana (transcendental loving jealous anger) of Srimati Radhika.
Sri Krsna pacified Her here, although to pacify Her was very hard for Him.

He took Her lotus feet upon His head, tried to appease Her in many ways, and He also took a vow:
“From now onwards I will never do anything wrong. I accept that I have committed a mistake. I have offended you, but I promise that I will never do this in the future.” 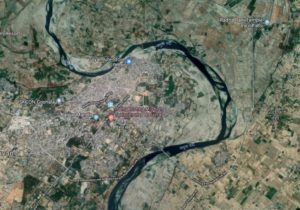 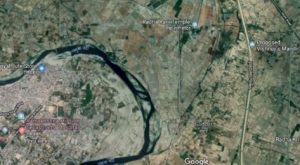 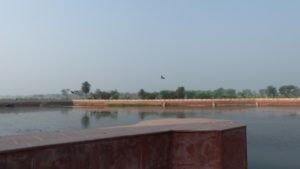 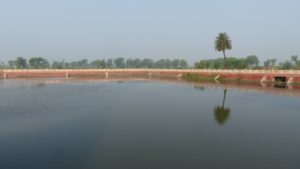