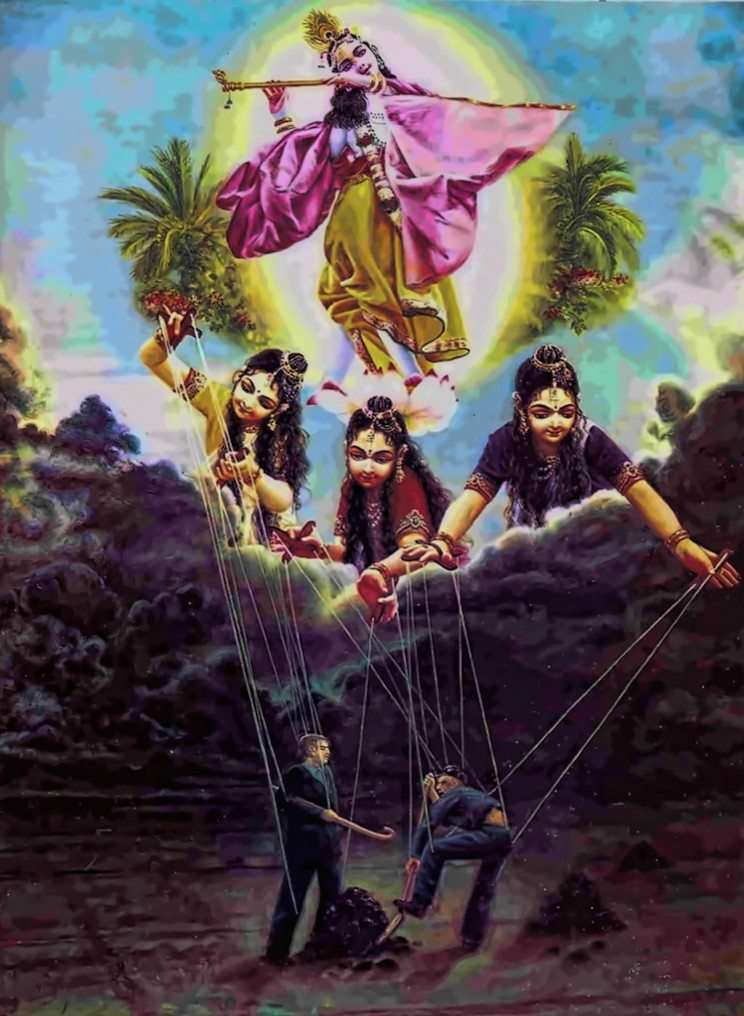 When Brahmā was thus standing baffled in his limited power and conscious of his limited activities within the eleven senses, he could realize that he was also a creation of the material energy, just like a puppet. As a puppet has no independent power to dance but dances according to the direction of the puppet master, so the demigods and living entities are all subordinate to the Supreme Personality of Godhead.

As it is stated in the Caitanya-caritāmṛta, the only master is Krishna, and all others are His servants. The whole world is under the waves of the material spell, and beings are floating like straws in water. So their struggle for existence is continuing. But as soon as one becomes conscious that he is the eternal servant of the Supreme Personality of Godhead, this māyā, or illusory struggle for existence, is immediately stopped.

Lord Brahmā, who has full control over the goddess of learning and who is considered to be the best authority in Vedic knowledge, was thus perplexed, being unable to understand the extraordinary power manifested by the Supreme Personality of Godhead.

In the mundane world, even a personality like Brahmā is unable to understand the mystic power of the Supreme Lord. Not only did Brahmā fail to understand, but he was perplexed even to see the display which was being manifested by Krishna before him.