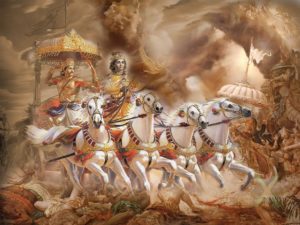 For a long time we all thought that the number of people killed was 640 millions because we read it in Srila Prabhupada books. However this is most likely a mistake by the editors. It is Srila Prabhupada himself to say it.
“King Yudhisthira, who was much aggrieved, could not be convinced, despite instructions by great sages headed by Vyāsa and the Lord Kṛṣṇa Himself, the performer of superhuman feats, and despite all historical evidence.”

Prabhupāda: Hmm. So Mahārāja Yudhiṣṭhira was very much aggrieved. He was thinking, Vaiṣṇava, that “I am a petty king, and for giving me the throne, so many people have been killed.” That is the greatest war within the recollection of five thousand years, Kurukṣetra, Battle of Kurukṣetra. What is this figures? Six million, four hundred thousand people died in that battle. What is the statistics of the last war? How many people died? Is there any statistics?

Prabhupāda: Two million. And here it is six million.

At his point the conversation shifts on another topic.

But let’s try to see how many warriors were at Kuruksetra.
We know that the Pandavas had seven Aksauhini and the Kaurava eleven. Threfore eighteen Aksauhini.
1 Akshauhini is
21,870 chariots,
21,870 elephants,
109,350 infantry,
65,610 horses

With this number we can easily arrive to 6,400,000 since we have no reason to think that in each charriot or in each elephant there were only two persons.

About survivers we know that seven survived on the Pandavas side (Sri Krishna, the five Pandavas and Satyaki) and four on the the Kurava’s side (Asvatthama, Kripacarya, Kritavarma and Duryodhana, who was killed immediately after by Bhima in a mace duel). But these were only amongst the main fighters. The Maha-bharata tells us of many people who fled or retired from the battlefield.

To cast some doubt on all our calculations, there are some verses in the Maha-bharata where Dhritarastra asks Yudhisthira how many warriors died during the battle. In Stri Parva Chapter 26 from verses 8 to 10 Yudhisthira answers:
dasayutanamayutanam
sahasrani ca vimsatih
kothyah sastasca sat caiva
hyasman rajan mridhe hatah
Some scholars agree to translated it in this way:
“One billion 660 million and 20,000 men have fallen in this battle.”
The following verse says
“Of the heroes that have escaped, the number is 240,165.”

We can’t check the translation but if it’s correct is certainly bewildering as there were not all those people in Kuruksetra even if we sum up all assistants, cooks, animals and just everybody.