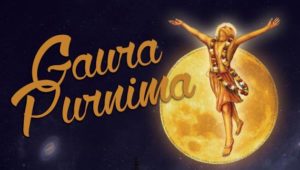 So today is Lord Sri Caitanya Mahaprabhu’s appearance day. We will honor it with a full day fast, which we will break at the appearance of the full moon with a nice prasadam feast. Also in honor of this auspiscious day, we share with you a lecture given in Mayapur India, on the Gaura Purnima day, in 1976. Hare Krishna!