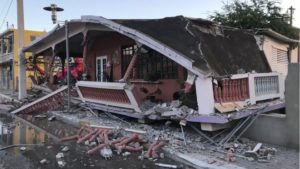 Hare krishna maharaj
My obeisances.
Hearing that the scriptures says that there are 4 elephants in the 4 cardinal points and when they move there is earth quake is difficult for me to accept this part of the philosophy. If the earth is in space and is rotating where will the elephants be? To me this does not make sense

I have been searching through Srila Prabhupada’s archive and I did not find anything about the four elephants supporting planet Earth or causing earthquakes when they move.
If anybody finds references, please inform me.

I read this story in the Maha-bharata many years ago but at the present I have no possibility to find where it is. The importance of verifying the source is that by reading the original sanskrit text you may be sure of what you are accepting. As a matter of fact, the mistakes made by translators and commentators are so many and serious that doubting is a right and a must for a serious devotee.
Some scholar say that sage Garga spoke about the “elephants” but were unable to quote.
So unless I read something from our three sources of trusted knowledge before accepting I want to read the original sanskrit text.

Until that time I can say what I intended reading that in the Maha-bharata.
My understanding was that these elephants were not supporting the planet earth but the whole solar system. These elephants, who are like demigods in charge of particular stars or planets (for instance, the Devi of planet Earth is Bhumi), have the force to keep the solar system revolving or moving in the right way. Stars or planets having effects on other celestial bodies is not knew to any of us. We just have to remember how much the Moon, the Sun and others cause effects on life in our planet.
I certainly did not have the understanding that there are four elephants buried somewhere under earth surface that better do not move or our life becomes miserable.

About earthquakes, I wouldn’t be surprised if one day we read that some earthquakes are caused by star influence. After all, our oceans move according to lunar influences, and we are constantly bombarded by radioactive particles coming from outer space causing deseases, etc.
The theory of tectonic layers moving and freeing energy is simplistic and doesn’t explain much.
The fact is that a full explanation of this topic would require a study course on how this universe is built.

For your information, the Amarakosa lists the names of sixteen elephants (8 male and 8 female) bearing the world. They are called Airavata, Pundarika, Vamana, Kumunda, Anjana, Pushpadanta, Sarvabhauma and Supratika.
The Ramayana (1.41) mentions only four of them, who are Virupaksha, Mahapadma, Saumanas and Bhadra.