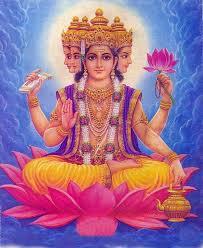 Haribol Guru Maharaj Manonath Prabhu. Sorry if I write to you, I know we haven’t had any contacts for a long time, but can I use your knowledge? If possible I would like to know when Sanskrit was born and if there was another previous language and if it was when it was born? On the internet there is little misleading information in this regard. Thanks, even if you don’t want to answer me. Hare Krishna

Answer
Dear Govinda,
a lot could be written on this subject but I am sure you do not want a book but a short and clear answer.

Sanskrit is not born but is part of a series of languages of divine origin.
We find testimony of this in the Bhagavata Purana, as well as in other Puranas, according to which sanskrita-bhasa existed before the birth of Brahma, the first being of the universe.

Srimad-Bhagavatam (2.9.6) says:
sa cintayan dvy-akṣaram ekadāmbhasy
upāśṛṇod dvir-gaditaṁ vaco vibhuḥ
sparśeṣu yat ṣoḍaśam ekaviṁśaṁ
niṣkiñcanānāṁ nṛpa yad dhanaṁ viduḥ
“While thus engaged in thinking, in the water, Brahmājī heard twice from nearby two syllables joined together. One of the syllables was taken from the sixteenth and the other from the twenty-first of the sparśa alphabets, and both joined to become the wealth of the renounced order of life.”

These two letters are “ta” and “pa” and are part of the sanskrit language alphabet. Combined together they form the word tapa, which means sacrifice or austerity.

This means, precisely, that the Sanskrit language pre-existed the creation of the universe.

I add a brief reference to the importance of this language.
“Yes, Sanskrit is spoken not only on Krishna Loka but also in higher planets, of the demigods. It is called the language of God and the demigods. It was spoken also on this planet, when people were all godly, they used to speak in Sanskrit. Sanskrit is the origin of all languages of the civilized peoples. It is most perfect, not only descriptive. No other language of the world can be compared with it. No other language of the world is so perfect as Sanskrit. Any language near to Sanskrit language (like Bengali) is nearer to perfection.“
(Srila Prabhupada, letter to Madhusudana, Los Angeles, 1 Feb 1968)

Note:
I see no reason why I should not answer you. This is my service to society and I do it with pleasure.

We are going to begin in Spanish (just because we already have some audience) and then we hope to start soon broadcasting live of Krishna Katha with Zoom.