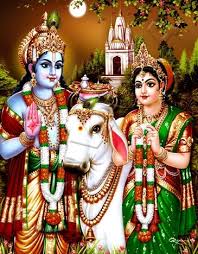 Hare Krishna, Maharaja! Please except my humble obeisances. All glories to Srila Prabhupada!

Could you please give an answer to the following question, or rather a few related questions? These questions came up on Russian devotees forum.

1. Is reinitiation acceptable? If so, in what circumstances.

2. Is there such a thing as “reinitiation” in the shastras?

3.What then constitutes initiation: is it Harinam diksha or upanayana?

Can there be diksha without fire sacrifice, like in the exemple of Krishna and Arjuna at the battle field of Kurukshetra, Arjuna and Krishna excepted each other as Guru/disciple without any fire sacrifice, or when Narada muni imparted transcendental knowledge to Prahlada Maharaja while he was in his mother’s womb.

Mantra-guru is one, śikṣā-guru-gaṇa is plural. Gana means a group, indicating a number.
Srila Prabhupada purport in this verse is crystal clear.
“A devotee must have only one initiating spiritual master because in the scriptures acceptance of more than one is always forbidden.
There is no limit, however, to the number of instructing spiritual masters one may accept.”

Therefore there is no bonafide instances of reinitiation in Vaisnava history.

But what about if my spiritual master is not spiritually advanced?
Answer: Even if the spiritual master (an initiating diksa-guru) has some weakness should not be given up.
marga stho vapy amarga sthah
“Whether he is situated on the path or off the path (of devotional service) the (Vaisnava) guru cannot be given up”.
(Sanatana Goswami’s purport to Hari-bhakti-vilasa 4.144).

You should remember that Bhaktivinoda Thakura is said to be after Jagannatha Dasa Babaji in our official parampara, who was not his diksa guru. Baladeva Vidyabhusana was not Jagannatha dasa Babaji’s diksa guru, nor Visvanatha Cakravarti Thakura Baladeva Vidyabhusana’s diksa guru nor we have any information of Sri Visvanatha taking a formal initiation from Srila Krishna Dasa Babaji Maharaja.
And so on.
Most of our parampara is not on diksa line but on siksa line.

Now we are going to deal with exceptions.

Srila Narahari Sarakara Thakura (who was a contemporary of Lord Caitanya Mahaprabhu and the guru of Locana Dasa Thakura) has written a very nice book called Sri Krishna Bhajanamrita where some exceptions are outlined.

Without entering too much into the complexities of this theme, a so called Guru should be given up if he becomes adverse to Krishna.
However Srila Narahari doesn’t say that one should take reinitiation, but only that “and in his place (he should) accept a Krsna conscious spiritual master and worship him.” (verse #65)

So in what cases one can take reinitiation?
Srila Sanatana Gosvami answers:
avaishnavopadishtena
mantrena nirayam vrajet
punas ca vidhina samyag
grahayed vaishnavad guroh
“One who is initiated into a mantra by a non-Vaisnava must go to hell. Therefore he should again be initiated properly, according to the prescribed method, by a Vaisnava guru.”
(Hari-bhakti-vilasa 4.144, Bhakti Sandarbha and Srimad-Bhagavatam 11.3.48, Purport.)

What means being a non-Vaisnava is another subject matter but certainly someone is not a Vaisnava Guru if while giving initiation is smoking, having illicit sex, eating meat or any other immoral activity.

This covers your first and second question.

We all know that nobody needs permission to chant Hare Krishna but there are no contraddictions between the two statements. It’s a different topic that I am not going to examine here and now.

For Vaisnavas the main initiation is mantra-diksa (pranava, gayatri mantra), for Gaudiya Vaisnava is nama-diksa because Sri Caitanya Mahaprabhu has stressed the importance of chanting Krishna’s name over any other vedic mantra.

The moment the Guru says yes, I accept you as a disciple, the transcendental link is established, you are his disciple and should behave as such.
Just like some time ago there was some talk with a devotee and he was saying that Srila Prabhupada said that Rupa and Sanatana Gosvami were Mahaprabhu’s disciples. That is true, but there is no mention anywhere of a fire sacrifice.
So the fire sacrifice is not compulsory to make the initiation valid.

However Srila Prabhupada gave much importance to the fire sacrifices and we must accept all instructions from our great Acarya very seriously. Therefore one must take fire ceremony to be fully initiated.

In conclusion, the concept of initiation is much deeper than we think. Ultimately initiation is not just a fire ceremony but a real spiritual relationship between a Guru and a disciple.