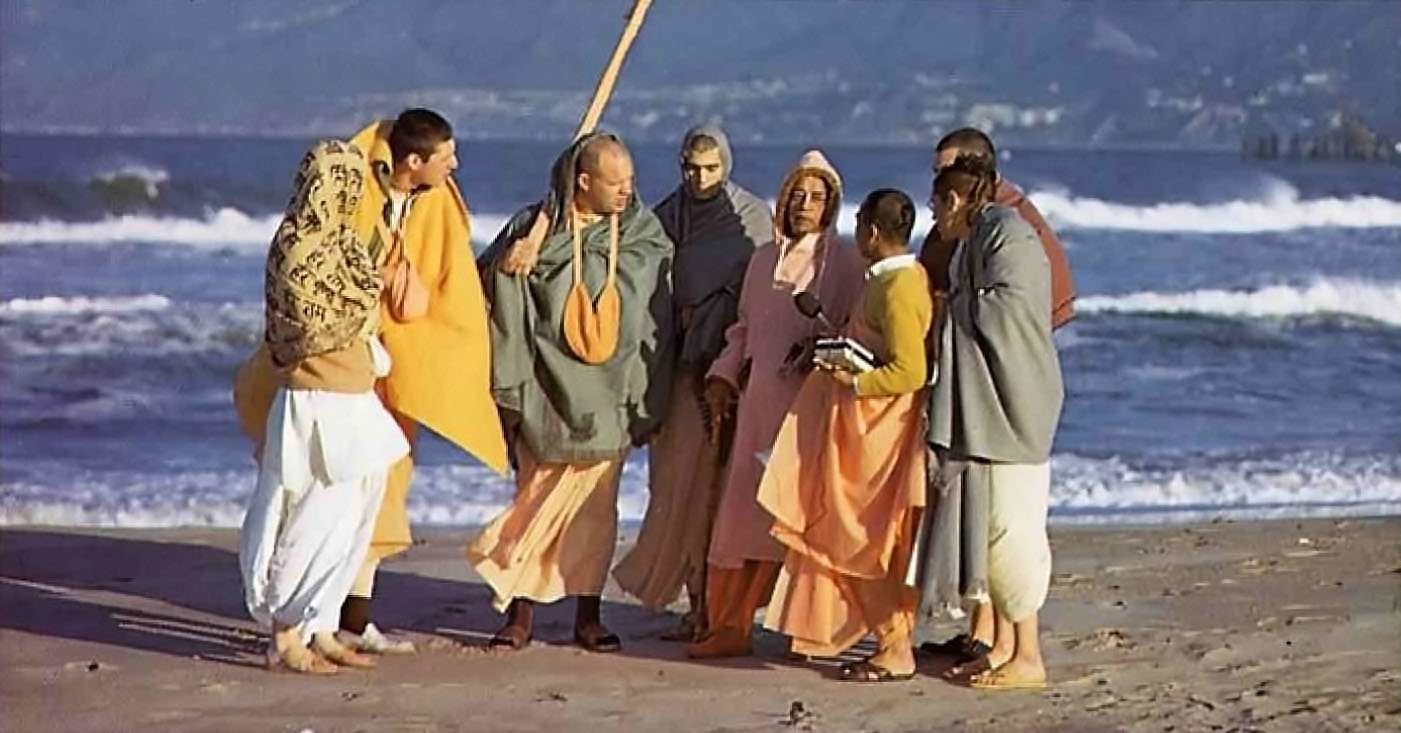 Recently a devotee lent me a paperback book distributed by one of our prabhus at this past year’s Mayapura festival. Titled Srila Prabhupada’s Challenge, it is concerned with Prabhupada’s views on science. Unfortunately, this book features several misquotations. While undoubtedly a sincere effort, these shortcomings were likely unwittingly incorporated. The devotee promoting this book appears to have been distributing on his own with a book bag along one of the main thoroughfares of the Mayapura campus.

There are specific concerns. Whereas the front cover boldly declares—“Srila Prabhupada’s Challenge”—the reverse cover features a provocative misstatement that is again highlighted on page three. (The Kindle edition does not have a reverse cover.)

“The wrong conception of life is based on Darwin’s theory and so we have to challenge it—protest and defeat it. This will be our work.”

Yet Srila Prabhupada never said this in the cited May 3, 1973 conversation. As such, would it be fair to wonder why promote a crafted misquotation as a central Prabhupada argument? Or to put it another way, if the argument is in fact central, why didn’t Srila Prabhupada speak this way in the first place?

That being said, if someone wishes to promote a slogan like this, perhaps it would be better to find an actual quotation that states the issue in this manner. Or short of that, print the original as spoken by Prabhupada and then offer commentary explaining the preference for an alternate expression. Ignoring scholarly protocol, risks fostering both intellectual muddiness, and devotional miscommunication. At any rate, this statement, published as it is, is not historically accurate. In any such situation, why risk misquoting Srila Prabhupada?

What follows is an account of the actual conversation readily available in easily accessible archival recordings and transcripts. Included is a Vanisource.org link that offers complete digital access to both the Bhaktivedanta Archives conversation transcript and the digital file for the original audio recording, for this specific exchange.

In the original, Prabhupada focused on the utility of the “life comes from life” argument. That is what he is promoting as his central point of attack against the “wrong conception”—that life is reducible to matter. Prabhupada expands on this point more than a half dozen times throughout the discussion. Meanwhile, the word “Darwin” occurs but once. In its original context, it appears to be used as an example of material reductionism, and not as an essential cause suggested by the misquotation.

This first excerpt is from the start of the conversation held on May 3, 1973 in Los Angeles. The discussion begins with Prabhupada articulating a very specific challenge:

Prabhupada: … the whole world is running on a false theory that life is born out of matter. But that is not a fact. So how to defeat this theory? That is our business. We have to defeat this rascal theory. We have to challenge all these rascals and defeat them. How it is possible?

Prabhupada: By logic, by science. …

Not long after this introduction, follows the exchange from which the misquotation is drawn. As mentioned, this is the only time Prabhupada refers to Darwinism in the entire conversation (albeit also unflattering), and the context appears to consider it one of the “so many” arguments “based on this foolish theory, wrong conception of life.” In addition, Prabhupada again repeats his blunt declaration: “In all respects we have to prove that life does not come from matter.”

This section begins at the 06:10 mark of the digital recording.

Prabhupada: … Life is existing. Life has no change. The change is outward, material things. In all respects we have to prove that life does not come from matter. Matter generates from life, stays for some time, and it is finished. Again begins another chapter.

Prabhupada: Life, yes. They are searching after the original source. That is life, Krsna, sarva-karana-karanam (Bs. 5.1), cause of all causes. So this is not theory; this is fact. Now we have to prove it. Then the whole program of these rascals’ theory will be changed, and people will be happy. Because they are standing on a wrong theory, all their calculations are wrong, and people are suffering. The rascal Darwin’s theory, so many, based on this foolish theory, wrong conception of life. So we have to challenge, protest, defeat. This will be our work. …

In another quotation from this same section, Prabhupada discusses that although “life comes from life” will prove effective for defeating material reductionism, in another sense it is not an essential contention since the Vaisnava tradition considers life eternal.

Prabhupada: This is a fact, that…, that life comes from life. In another sense, life does not come; life is existing. It is not exactly the word, that life generates. No. Life is existing. The matter is generating. Matter is generating, and it stays for some time, again it is vanished. Just like this body. This body is born at a certain date, and it will be finished at a certain date. This is matter.

Prabhupada references his use of the “life comes from life” argument to Brahma-samhita 5.1. This verse proclaims that “Krishna who is known as Govinda . . . is the prime cause of all causes.” As Prabhupada explains it, Krishna is life, and life comes from life. Prabhupada boldly asserts that this “is not theory; it is fact.”

Interestingly, Prabhupada also mentions, “Now we have to prove it.” Even though professional science falls short in facilitating the conclusive proof of anything, due to its reliance on material methodology, still, logic and reason remains of central importance when considering evidence from the natural world. Ultimately, for Gaudiya Vaishnavas, the proof of the pudding is in the bhakti.