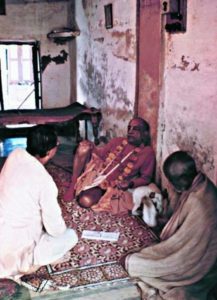 The entire collection of Srila Prabhupada Books in our Archive.
Also many video and audios.