ISKCON (the International Society for Krishna Consciousness) was incorporated in New York City, in the State of New York in the US, on 13 July 1966, around 53 years ago. This first incorporation of ISKCON was executed at Srila Prabhupada’s behest – then known to his followers only as ‘Swamiji’ and to others as A. C. Bhaktivedanta Swami.

The lawyer under whose aegis the fledgling movement was officially instituted was Mr Steven Goldsmith, an attendee at Srila Prabhupada’s Second Avenue lectures. I don’t know for sure, but I suspect Mr Goldsmith’s legal fees were low or non-existent.

One early (for me) morning in July of 1966, I was awakened and asked to sign papers pertaining to the incorporation of ISKCON. As a US citizen and resident, my signature appeared to be necessary. So I rather perfunctorily signed the document, thinking at the time it was a sort of ‘flight of fancy’ of Srila Prabhupada’s. Later I was instrumental in getting ISKCON incorporated in the State of California (US), as well as in England and India.

The constitution of these other three corporations was based on that of the original New York Corporation. I’ve drawn the conclusion that Srila Prabhupada’s vision in doing this was for ISKCON to endure in the face of his own and his followers’ inevitable physical disappearances. ‘Built to last’ was a slogan that wasn’t lost on Srila Prabhupada’s institution. In pursuance of Srila Prabhupada’s vision, as far as I know the highest administrative levels of ISKCON have been discussing and examining the ‘culture of succession’ principle. 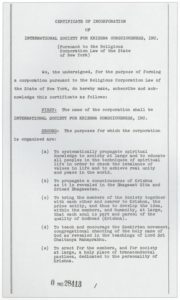 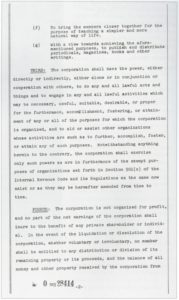 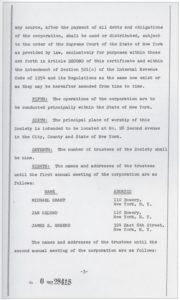 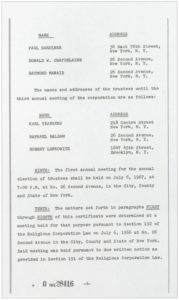 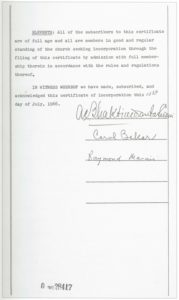 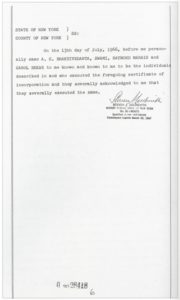 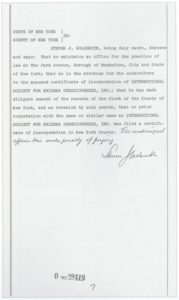