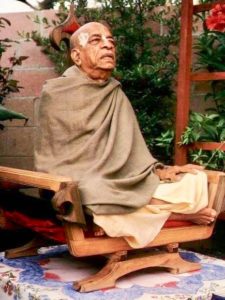 In the material world, Krishna also has eternal associates, such as Arjuna and Kunti Devi.

There is a difference between the body and soul of Arjuna and Kunti Devi. But although Arjuna is with Krishna in innumerable different material universes at one time, still there is only one spirit soul who is Arjuna.

This is the power of the spirit soul, that it is unlimited.

Such conception cannot be understood while one is still in the conditioned state.