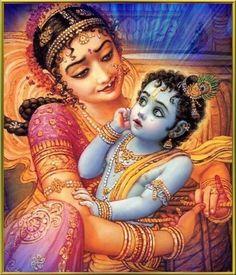 One study looked at the effects of chanting a real mantra compared to a “fake” mantra on the balance of the three gunas, the forces or qualities of nature: sattva (enlightenment), rajas (passion) and tamas (inertia).5 They also measured stress and depression. The “real” mantra was the maha mantra: “Hare krishna hare krishna krishna krishna hare hare. Hare rama hare rama rama rama hare hare.” The “fake,” or alternate, mantra was made up by the researcher and consisted of a theoretically meaningless combination of Sanskrit sylla- bles having the same syllabic pattern: “Sarva dasa sarva dasa dasa dasa sarva sarva. Sarva jana sarva jana jana jana sarva sarva.” Participants were given japa beads and instructed to chant 3 x 108 rounds of the meditation daily (about 20–25 minutes of meditation total) for 4 weeks. To measure the balance of the three gunas, the researchers developed a Vedic Personality Inventory (VPI).6 The lead investigator generated 150 statements for each guna. These state- ments were designed so that someone dominated by that guna would be likely to agree with the statement. With the help of Vedic experts, these statements were narrowed to 30 for each guna. The final VPI had good internal consistency (a measure of reliability). There was also “encouraging evidence” for construct validity because there were correlations between individual gunas and standardized questionnaires expected to reflect the characteristics of the gunas. The VPI was administered following the 4-week meditation practice.

Those practicing the maha mantra had significantly higher scores for sattva and lower scores for tamas compared to those chant- ing the alternate (i.e., fake) mantra. Rajas scores were not signifi- cantly different between the groups. The researchers conjectured that because rajas may be considered an intermediate mode between tamas and sattva, some tamas transformed into rajas and some rajas transformed into sattva, resulting in a decrease in tamas and an increase in sattva while leaving level of rajas unchanged overall. It is difficult to accurately measure change in qualities as subtle as the gunas because the measurement is only as valid as the VPI;

Depression and stress were also significantly reduced in the group that chanted the maha mantra compared to those that chanted the alternate mantra. Overall, the results of this study support the idea that the sound vibration and/or meaning of the mantra may be responsible for its effects given that the mantra that was made up by the researchers did not change the state of the gunas nor reduce stress or depression.

To test the theory that the sound of Sanskrit contains the meaning and has specific physiological effects, another study used verses of the Bhagavad Gita.7 Participants knew how to pronounce words in Sanskrit, German, Spanish, and French, but did not know the meaning of these words. They read the same verses from the Bha- gavad Gita first in Sanskrit and then in one of the other three lan- guages. Skin conductance was measured as a marker of stress, and brainwave function was measured using an electroencephalogram (EEG). The results showed that skin conductance decreased signifi- cantly when reading the verses in Sanskrit as compared to reading in the other languages, indicating a reduced stress response with the Sanskrit reading. Brain wave function showed increased alpha activity (associated with relaxation and the lack of cognitive processing) during the Sanskrit reading compared to reading the verses in other languages. As in the above study with the fake mantra, these results support the importance of the sound vibration of the mantra.

Julie K. Staples, PhD, is the Research Director at the Center for Mind-Body Medicine and adjunct assistant professor at Georgetown University.