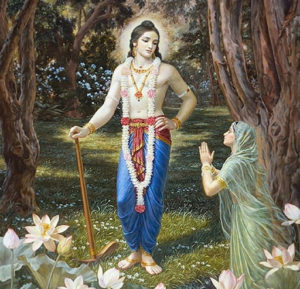 About the age of Balarama, Srila Prabhupada says:
“Balarāma was only fifteen days older than Kṛṣṇa.”
(Srimad-Bhagavatam 10.2.9, purport)

This position is confirmed by various authorities, like the Garga Samhita, where we find that Mother Rohini’s pregnancy lasted only five days.

Therefore Gargamuni could celebrate the name ceremony for both Krishna and Balarama because They were of the same age.

It’s a fact that this topic is controversial as other authorities says that Balarama was one year and eight days older than Krishna, however when we find such a definitive statement from our main Acarya (Srila Prabhupada), we can’t but accept it.