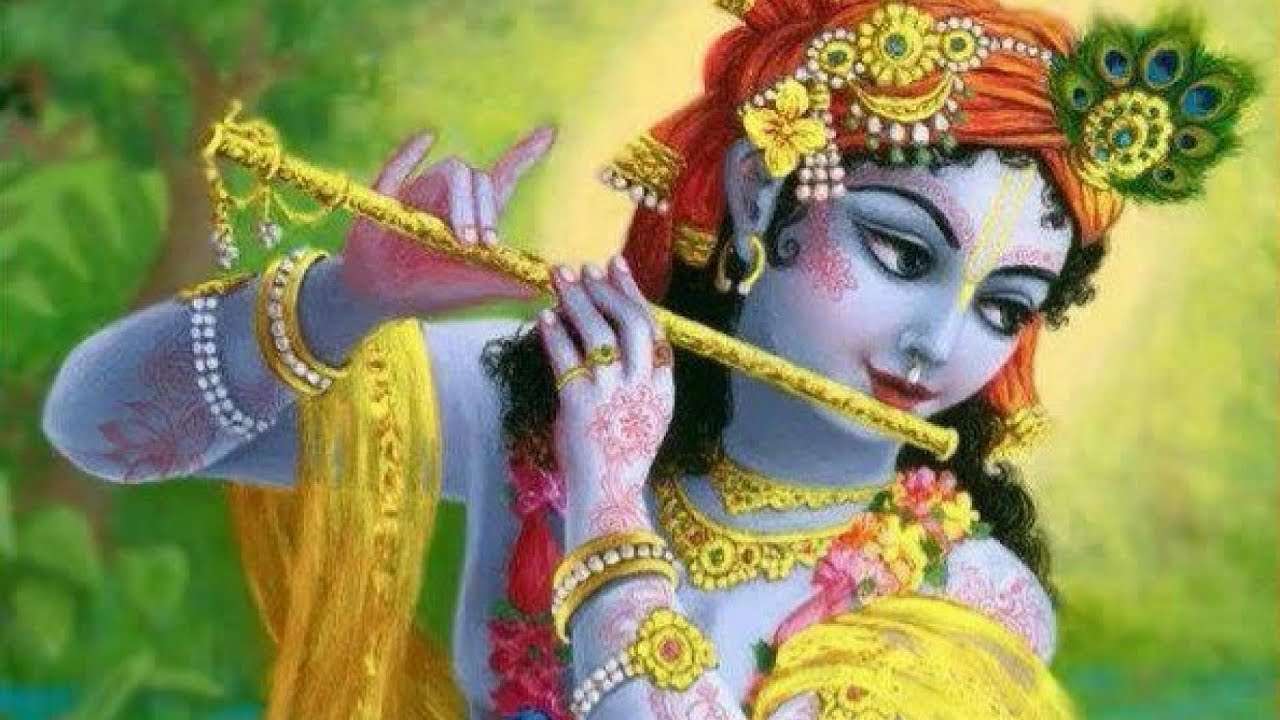 It is said that the vibration of this wonderful instrument was able to break the meditation of the greatest sages. Kṛṣṇa was thus challenging Cupid by advertising His transcendental glories all over the world.

There are three kinds of flutes used by Kṛṣṇa.

One is called veṇu, one is called muralī, and the third is called vaṁśī. Veṇu is very small, not more than six inches long, with six holes for whistling. Muralī is about eighteen inches long with a hole at the end and four holes on the body of the flute. This kind of flute produces a very enchanting sound. The vaṁśī flute is about fifteen inches long, with nine holes on its body. Kṛṣṇa used to play on these three flutes occasionally when they were needed.