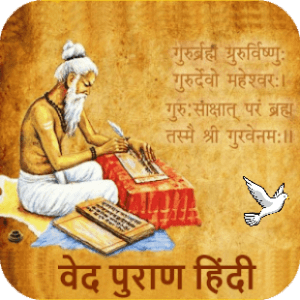 If a disciple discovers that his “guru” was never qualified as such, that he was cheated in accepting a common sinful person as spiritual guide, then he should immediately reject him.
But it can’t be called “Guru rejection” because that person was never a Guru.
Then he has to take initiation, but should not call it reinitiation because the previous “initiation” was fake.

If a disciple realizes that his Guru is not very advanced or not a liberated soul, but follows Vaisnava lifestyle, then he can’t be rejected. Doing that is a most serious offense.
You find below several of Srila Prabhupada’s statements on this topic. Also I have included some statements from Narahari Sarakara Thakura, a contemporary of Lord Caitanya Mahaprabhu.

It has to be noted that giving initiation to an already initiated devotee is an offense also on the part of the new Guru, because giving reinitiation is an act of despice. It’s like saying, “he is not even a Vaisnava”.

Diksa is one for life.
There is no such a thing as “reinitiation”.

Different is the case if the devotee accepts a siksa guru to receive more advanced instructions. That is quite normal and acceptable in our tradition. But a devotee should do that after taking the blessings of the Diksa Guru.
“If one’s initiating spiritual master and instructing spiritual master are of small spiritual potency, or in other words, if they do not possess a special power to give spiritual instruction on worship for devotional service, then one may listen from the mouth of other great advanced Vaisnavas and understand the special instructions. However, thereafter, the disciple must go to his spiritual master for his confirmation or instructions.”
(Krishna Bhajanamrita Verse 46)
If the son earns money but does not give it to the father and instead, directly enjoys the wealth, he is considered to be a fallen son and a sinful person. Similarly, a disciple who listens to the words of other Vaisnavas, even if their instructions are proper and true, but does not reconfirm these teachings with his own spiritual master and instead directly personally accepts these instructions, is considered a bad disciple and a sinner.
(Krishna Bhajanamrita Verse 49)

Srila Prabhupada said
But it doesn’t matter that degree. Actually, if the Guru teaches Krishna consciousness, then he may be in lesser degree, but he is accepted as Guru. There is no question of rejection.
(Lecture, Ahmedabad 13/12/72)

Generally the spiritual master comes from the group of such eternal associates of the Lord; but anyone who follows the principles of such ever liberated persons is as good as one in the above mentioned group.
A person who is liberated acharya and guru cannot commit any mistake, but there are persons who are less qualified or not liberated, but still can act as Guru and Acarya by strictly following the disciplic succession.
(Letter to Janardana 4/26/68)

DR.BENFORD: So everyone I might meet who accepts Krsna as the perfect teacher is the perfect teacher?
S.PRABHUPADA: Yes, because he is teaching only Krsna’s teachings, that’s all. It is the same as the example we gave before: They may not be personally perfect, but whatever they are speaking is perfect because it is taught by Krishna.”
(Consciousness: The Missing Link, pg. 14)

Verse 52
Kindly understand this example:
Just as one respects one’s father as a guru, his (the father’s) older and younger brothers are also similarly respected, but nonetheless, the father is worthy of the most respect. Not withstanding the above, if the father’s guru, even if he is family related, comes, one should double the respect, as he is the spiritual father of the father, or the guru of the guru. He is offered twice the puja or respect.
This behavior if recognized as appropriate by all authorities.

Verse 53
Just as if, during daily life, the brothers (older or younger) of the father criticize him, still one takes shelter of one’s father, similarly, one remains under the shelter of one’s own spiritual master, even if he is criticized by his older or younger godbrothers. Just as one depends upon one’s father for one’s livelihood, one must depend upon the strength and shelter of the spiritual master for advancing in devotional service.

Verse 54
If a father or spiritual master or husband are not possessed of outstanding qualities even then they are always worshipable.

Verse 55
Taking shelter of the above-mentioned persons one may even disagree with those senior to oneself.

Verse 56
In this world, what kind of person is there who can remain alive at the expense of his father’s or guru’s defamation or disgrace?

Verse 58
Learned Vaisnava authorities say that these instructions are the perfection of religiosity.

Verse 59
If the spiritual master commits a wrongful act breaking vaisnava regulative principles then in that case one should, in a solitary place, confront him for his rectification using logic and appropriate conclusions from sadhu, shastra, and guru references, but one is not to give him up.

Verse 60
One should not be hesitant or fearful because one is confronting or challenging a spiritual master.
“For it has been prescribed that one must appropriately discipline even a spiritual master who is :
• bewildered about what he should or shouldn’t do;
• who is inexperienced or ignorant;
• who has deviated from the Krsna conscious path;
• or is he is bewildered by false pride.”

Verse 61
This statement of the revealed scriptures is applicable at all times and under all circumstances.

Verse 63
The authorized course of action is to continue, as before, with one’s prescribed devotional service. One may take guidance through instructions from the vaisnavas as all vaisnavas are considered guru or “spiritual master”, or one may use one’s own intelligence, duly considering the relevant instructions from sadhu, shastra and guru. In all cases one should continue in one’s devotional service.

Verse 64
However, if the spiritual master:
• acts enviously towards ‘isvarebrantah’, that which is connected with the Supreme;
• is bewildered regarding the Supreme Personality of Godhead;
• is averse to expanding the fame of Lord Krsna;
• personally refuses to accept hearing or chanting about the glorious pastimes of Lord Sri Krsna;
• has become totally bewildered, listening to the false praise of ignorant persons and day by day is more materially contaminated and fallen
• then the spiritual master must be renounced.

Verse 65
Under those circumstances one should not doubt, “How can I give up my spiritual master?” With a strong desire for achieving spontaneous devotional service and attaining the lotus feet of Lord Krsna, the Supreme Personality of Godhead, a devotee accepts the shelter of a spiritual masters the via media to Lord Sri Krsna. However, after accepting the responsibility of serving the spiritual master, if that spiritual master takes on “asura” qualities or a demoniac mentality then it is one’s duty to reject such a demon “asura” guru and in his place accept a Krsna conscious spiritual master and worship him.

Verse 66
By taking shelter of the strength of the Krsna conscious spiritual master’s devotional service the ill effects or contamination of the demoniac previous spiritual master is counteracted and destroyed. These activities are recommended by all vaisnava authorities as the authorized conclusion of the shastra.

Verse 67
During the pastimes of Lord Sri Krsna Caitanya Mahaprabhu there have been many practical examples of the above.
This concludes the deliberation and final conclusions of sadhu, shastra and guru on the spiritual master and related matters.