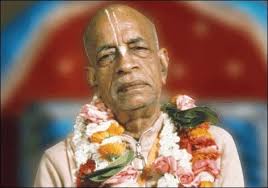 Just by giving the title “Bhaktivedanta” to your private hospital it does not mean that it is bona-fide to open the hospitals by ISKCON devotees. But when asked why did you open the hospital, for ISKCON is not meant to open hospitals, your reply is that it is not opened in ISKCON’s name, but some other trust. Then why it is advertised in ISKCON society? Why this article was published on Dandavats, a web page sponsored/funded by GBC, meant to spread the teachings of pure bhakti as given by Srila Prabhupada? Have you ever asked yourself why Srila Prabhupada never opened a hospital in spite of having ample opportunities? Have you ever read any of Srila Prabhupada’s books?

It is ironic and pathetic that you run a hospital in the name of A.C. Bhaktivedanta Swami Prabhupada who was very much against opening of hospitals. For example:

Srila Prabhupada: If government has got so many hospitals, what is the use of opening a teeny hospital by us? Vivekananda policy—to collect money by school and hospital.
(Morning Walk – May 9, 1974, Bombay)

Hrdayananda: You’re the only one, Prabhupada, who dares to criticize hospitals and schools. [laughter]

Prabhupada: Yes. So many people came to request me… Even Dr. Ghosh. Eh? You know.

Satsvarupa: He wanted you to open a medical dispensary.

Prabhupada: “No, no, we are not going to waste our time in that way.” I frankly told him. We have no extra time to waste like that. What he thinks very big project, we say it is waste of time. [laughter]

Prabhupada: So many friends advised me to open some hospitals, dispensaries. Oh, I flatly said that “We are not interested in the hospitals.”
(Caitanya-caritamrta, Adi-lila 1.15 – March 4, 1975, Dallas)

Prabhupada: And this opening hospital, that is not Vedic civilization.

Prabhupada: That is Western idea. “Give him some relief.” Modern.
(Room Conversation – April 19, 1977, Bombay)

Thus dear prabhuji, please do not make further dramas about your hospital. If you are attached to your work as a doctor ok, do it, but do not make drama that you are running a hospital as if Srila Prabhupada had instructed us to do so. Do not ascribe your material attachment to Srila Prabhupada and his pure movement. Be honest and humble and admit to yourself and the others that due to your material attachment you are not able to sacrifice everything in the mission of guru and Gauranga, so whatever best you can do in your time, place and circumstances, you do humbly and prayerfully. Not that now you are going to convince all of us that you are a great preacher and the best preaching is to open hospitals even if Srila Prabhupada never did it. Simply you are covering up your material attachment in the name of “Bhaktivedanta Hospital”.

So please stop advertising how you are doing “good work” and taking care of patients, and getting karmi accreditations. The very fact that you are recognized and accredited by karmi society tells us that you indeed have become like them. So better be humble and honest and do not preach lower things in the name of pure devotional service, and do not ruin the pure name of ISKCON as a spiritual institution and put it on the level of mundane social work, thus disgracing it and its Founder-Acharya, Paramahamsa Sri Srimad A.C. Bhaktivedanta Swami Srila Prabhupada.

Read sincerely Srila Prabhupada’s books and distribute them. Then you send us your book score and surely you will get all the blessings of Srila Prabhupada and his true followers.

This is in response to the Bhaktivedanta Hospital Accreditation article published on Dandavats.com.