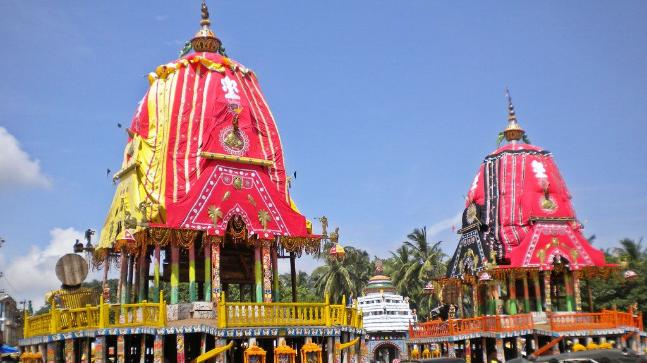 The Jagannath Puri Ratha Yatra, which is  one of India’s biggest chariot festivals is set to commence from June 23 this year. To mark the celebrations, the chariots of Lord Jagannath, Lord Baladeva and  Lady Subhadra would be pulled on the Grand Road from the Jagannath temple to Gundicha temple over a distance of 2.5 kms. Every year, lakhs of devotees throng to the coastal town of Puri to catch the glimpse of deities re-embodied after 19 years on chariots on the occasion of Rath Yatra, marking largest-ever religious congregation in Odisha.

For this year’s celebrations of the Jagannath Puri Rath Yatra, the Odisha government has been directed to deploy heavy-duty machinery or elephants to pull the chariots.

Elephants are likely to pull the three chariots.

The decision comes in the wake of the coronavirus outbreak and to prevent the gathering of people.

Meanwhile, the preparations for Jagannath Puri Rath Yatra have begun on Odisha.

The green signal from Delhi came a day after the state government had sought the ministry’s consent for undertaking the chariots’ construction for the annual festival in the pilgrim town of Puri. No religious congregation should take place in the ‘Ratha Khala’ and complete segregation of people engaged in the chariot construction should be ensured, the ministry said.

However, the decision of holding the Rath Yatra, which is scheduled for June 23, would be tak

en by the state government, keeping in view the conditions prevailing at that point of time, the letter said. According to the guidelines issued for the ongoing lockdown, a religious congregation is strictly prohibited